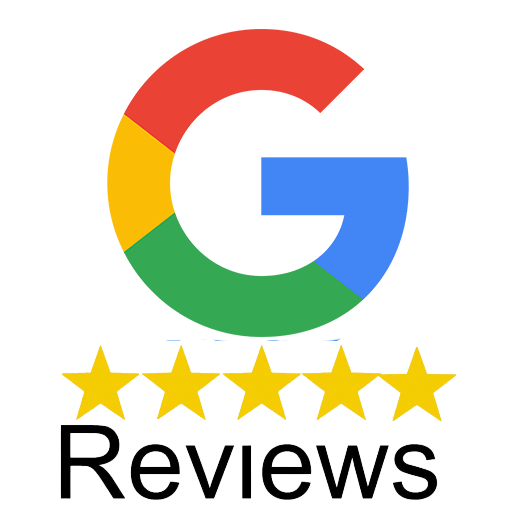 We offer Ant treatments with 6 or 12 month warranty. If the covered pest returns within the warranty, so will Absolute Pest Control, at no additional cost to you. Includes inspection, identification and appropriate treatment.

Carpenter ants are large (.25 to 1 in/0.64 to 2.5 cm) ants indigenous to many parts of the world. They prefer dead, damp wood in which to build nests. They do not consume it, however, unlike termites. Sometimes carpenter ants will hollow out sections of trees. The most likely species to be infesting a house in the United States is the black carpenter ant. However, there are over a thousand other species in the genus Camponotus. The pavement ant is dark brown to blackish, and 2.5–4 mm long. Like other ants, there are the workers, alates, and a queen. Alates, or new queen ants and drones, have wings and are twice as large as the workers.

The drone's only job is to mate with the queen, and reproduction is at its highest in spring and summer. Like many other ants have nuptial flights where drones fly high up in the air and mate with new queens. The queen finds a suitable nesting location and digs a founding chamber. As the eggs hatch and the ants develop, they will spend that time, about two to three months, tending to the queen of their colony. They will continue helping in the colony until they are a month old.

Carpenter ants: Carpenter ants are our largest, native ant species, with the winged queen ants maturing to nearly 1 inch in length. This species of ant prefers to make its home in wood that has been previously damaged by water, potentially paving the way to structural damage. Carpenter ants, unlike termites, do not consume wood; they simply excavate wood in effort to create passageways and chambers for which they build their colonies. Debris (known as frass) discarded from small exit holes may be the only visual indicator that a carpenter ant problem exists, as most of the activity from carpenter ants will take place under the cover of darkness

What is an ant?

Ants are social insects belonging to the order of insects known as “Hymenoptera” – the same order containing bees and wasps. Social insects, such as ants, live in large communities where they depend upon each other for the survival of the entire colony. Ant colonies generally form underground nests composed of chambers and interconnecting tunnels where ants store food, lay eggs and maintain nurseries. There can be tens of thousands of ants in a single colony and several colonies inhabiting the soil or landscape surrounding a property. For that very reason, ants can be a particularly difficult pest to eradicate. Although an estimated 14,000 ant species populate the earth, only a handful of species around the region are known to invade homes and buildings, including:

ODOROUS HOUSE ANT: These small ants are dark brown to black in color and range from 1/16th to 1/8th of an inch in length. Odorous house ants are easily identified, as their name implies, by the distinctive odor that they emit (often described as the smell of rotten coconuts) when they are crushed.

PAVEMENT ANTS: These small ants are brown to black in color and typically 1/8th of an inch in length. Entrances to their underground nests often resemble volcano-like mounds, as seen between the cracks and crevices of pavement and landscape pavers. In some incidents, they will also infest buildings, especially if the foundation is built upon a concrete slab.

Because of their aggressive nature, they often invade and colonize seemingly impenetrable areas. In summer time the ants dig out the sand in between the pavements to vent the nests.

CARPENTER ANTS: Carpenter ants are our largest, native ant species, with the winged queen ants maturing to nearly 1 inch in length. This species of ant prefers to make its home in wood that has been previously damaged by water, potentially paving the way to structural damage. Carpenter ants, unlike termites, do not consume wood; they simply excavate wood in an effort to create passageways and chambers for which they build their colonies. Debris (known as frass) discarded from small exit holes may be the only visual indicator that a carpenter ant problem exists, as most of the activity from carpenter ants will take place under the cover of darkness. Treating the exterior foundation, tree bases close to home, doorways, windowsills, and around woodpiles.

Carpenter ant species reside both outdoors and indoors in moist, decaying or hollow wood. They cut "galleries" into the wood grain to provide passageways for movement from section to section of the nest. Certain parts of a house, such as around and under windows, roof eaves, decks and porches, are more likely to be infested by Carpenter Ants because these areas are most vulnerable to moisture.
Carpenter ants can damage wood used in the construction of buildings. They can leave behind a sawdust-like material called frass that provides clues to their nesting location. Carpenter ant galleries are smooth and very different from termite-damaged areas, which have mud packed into the hollowed-out areas.

CONTROL involves application of insecticides in various forms including dusts and liquids. The dusts are injected directly into galleries and voids where the carpenter ants are living. The liquids are applied in areas where foraging ants are likely to pick the material up and spread the poison to the colony upon returning. Present at time of scheduling

Discount for Senior or Veteran
(new customers only).

Read What Your Neighbors Are Saying

EXCELLENT Based on 495 reviews.

Deb Sweat
Travis did a great job on my property today! He was very friendly and listened carefully to the additional things I was asking him. He sprayed inside the house and the perimeter, deck, shed and under the eaves, as well as laying several mouse baits. I used Absolute for the first time last year and was extremely happy with their service, professionalism, and the friendly technicians they have. I will continue to use them and recommend them to anyone who needs a great pest control company.

Thom Carolin
Aaron and his associate did a quick and efficient disposable of a large bees’ nest in our attic. It was difficult to reach, but they got it out. Aaron took the time to explain a bit about infestation and how to combat it. He was thorough and knowledgeable. We will be using future services.

Marilyn Iwan
I had a very good experience with the two gentleman that came to spray for carpenter ants. They were very professional, explained what they were spraying and the value is great. They are coming back in late April, Summer, and Fall. Great value! Thank you!!!

James Moore
They were prompt and thorough

Lynn Best
We've been customers for a long time. Today's technicians were new to us and very professional, thorough and courteous. We're always happy with your service. Thank you.